Standards and Practices (S&P) is the term television networks use for self regulation. At SPN India, S&P's role is to ensure that the content shown on any of its channels keeps up to the promise we make to all our viewers of providing wholesome entertainment and making television viewing a satisfying and enjoyable experience for our viewers. Broadcasting and freedom of expression are intrinsically linked. However, with such rights come duties and responsibilities. With this view in mind, the S&P department acts as a self regulatory mechanism that ensures the Network acts in a responsible manner. The Department's function is to review broadcast content on the Network's channels which includes movies, entertainment programmes, teleserials, teleshopping, promotional clips and commercials to ensure claims are factual and content is in compliance with the law, company policy and any self regulatory standards established by the broadcasting community. The Indian Broadcasting Foundation’s (IBF) Self Regulatory Content Code came into force from July 2011. The Code helps to facilitate & encourage selfregulation. It places greater responsibility on broadcasters. Consistent with this approach, SPN has developed an internal Broadcasting Code which provides a guideline and acts as a framework of principles for selfregulation. Some of the key points of the Code : Content is divided into two categories namely Generally Accessible “G” which can be scheduled at all times and Restricted Access “R” which is scheduled during the watershed hours of 2300hrs to 0500hrs. "Watershed" is a prevalent term used the world over for specifying a time band during which content meant for a mature audience can be shown on television. Any film or film content with an “A” certificate CANNOT be aired on television. All films, music videos and trailers need to be certified by the CBFC prior to telecast and presently only “U” or “U/A” certified film content can be shown on television as per the Cable Television Network Act and Rules. Self Regulatory Content Code for Non news & Current affairs television channels as set out by IBF is available at - http://ibfindia.com/pdf/1337260899.pdf Producers and makers of television programmes during the contractual stages are taken through the guidelines to ensure that they strictly follow the content code while they are scripting dialogues, writing screen plays and finally the show goes on air. SPN India has always been at the forefront of providing responsible and path breaking entertainment. Technological developments and social changes lead to changing patterns of content use and attitudes towards TV viewing and audience expectations. As one of India’s leading television networks, SPN India has taken proactive responsibility and commits itself to providing wholesome family entertainment with a social focus. S & P department strives to protect the Network's image, as a responsible and responsive institution, through correct & reliable information and facilitate content within the given parameters. 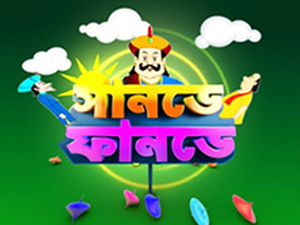